There are 2 ways to take pumpkin seed oil. In 1000 mg capsules, like these recommended ones on Amazon, which are admittedly more convenient and portable.

Or by the teaspoon from the bottle, which is usually better value and more enjoyable if you like the taste. Remember to keep it in the fridge if you go for this option.

It’s best taken just after a meal, rather than on an empty stomach, to improve absorption of both its nutrients and those present in other foods as well.

After breakfast and after dinner would be the ideal time to take pumpkin seed oil. It has a unique and delicious flavor that most people really enjoy.

Pumpkin oil research studies suggest a dosage of at least 1000 mg twice a day would be the minimum needed for therapeutic benefit.

This isn’t actually that much though. Personally, I take this great tasting oil by the teaspoon, which is approximately 4000 mg, twice a day.

For benign prostatic hyperplasia treatment or to reduce hair loss, the raw oil can be taken after every main meal of the day.

A teaspoon each time, or 4 pumpkin seed oil capsules, is the recommended dosage for this purpose.

It’s also more beneficial to spread out the amount you’re taking throughout the day rather than having it all in one dose.

Roasted Styrian pumpkin seed oil, like this excellent one, is considered quite a delicacy. The flavor is rich and nutty and far more intense than regular bland salad oils.

It should not be used as a frying oil, but can be added to the end of cooking to dishes like soups and sauces for a wonderful flavor and extra nutrition.

The oil is particularly good drizzled over salads, perhaps with a little fresh lemon juice, to make an amazing salad dressing.

Use Raw Pumpkin Seed Oil for the Most Nutrition

Unfortunately there is some question as to whether the heat used in Styrian oils to roast the pumpkin seeds damages the fatty acids and possibly vitamin E as well.

For this reason, raw and cold pressed pumpkin seed oil is recommended for people using it primarily as a nutritional supplement. 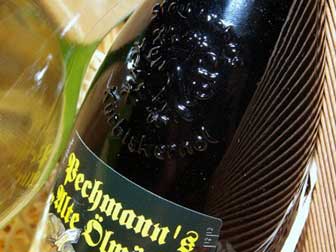 While raw pumpkin oil does not usually have such an intense flavor as the roasted oil, it still tastes good as a salad dressing and added to recipes after cooking.

If it is being used as a supplement though, for prostate problems, hair loss or just for its beneficial effect on your health, it would be best to take it more regularly, ideally on a daily basis.

Side Effects and Where to Find It

Consult a healthcare professional if you are being treated for prostate problems. Pumpkin seed oil has no regularly reported side effects though.

On rare occasions, people supplementing with it have reported intestinal upsets with a large dosage on an empty stomach. Taking it after food should prevent any negative effects on digestive function.

Pumpkin oil is becoming much more popular outside of Austria. It’s now possible to get it in the USA in a much greater variety of brands and at a better price than ever before.

The page on where to buy pumpkin seed oil online has both gourmet roasted Styrian and raw organic oil options, as well as the best capsules and extracts.

I’d appreciate hearing from anyone who has been using pumpkin seed oil for a while, what dosage works best for you and what effect it has had on your health.

Best Superfood Blends | Back to the Homepage