Black walnut hull is one of the best known natural parasite treatments.

This page has detailed instructions for using this high potency fresh green hull tincture, along with wormwood and cloves, to get rid of intestinal worms and other parasites living within your body.

Parasitic organisms, like tapeworms, roundworms, pinworms and many others, are a serious, if often neglected and undiagnosed problem. Even in developed countries like the United States, millions of people have some form of parasitic infection.

These harmful organisms can enter our bodies through contaminated water or food (particularly under-cooked pork and raw seafood), mosquito bites, touching pets and other animals, or any infected surface, and then touching your nose or mouth.

Once they find a suitable environment they start to breed and, through various life cycles, can survive in the human intestinal tract for many years.

Common parasitic worms, like pinworms, hookworms and tapeworms, are found predominately in the lower intestine. Though other parasite species, like protozoa, have been detected throughout the human body, including the liver, blood and even the brain.

It is often difficult for doctors to diagnose a parasitic infection due to poor testing methods, lack of knowledge and the wide range of symptoms.

These can include, but are not limited to, regular intestinal pain, alternating bouts of diarrhea and constipation, irritable bowel syndrome, constant fatigue, increased allergies, and a general decrease in immunity.

Black walnut hull is a powerful vermifuge (substance that kills parasites). It contains high concentrations of astringent tannins, natural iodine and compounds like juglone that have anthelmintic (worm-killing) properties.

The still green hulls of black walnut are recognized as having the highest concentrations of juglone, iodine and tannins. Concentrated tinctures, like this one I use, are generally far more potent than capsules or tablets.

Black walnut tincture is commonly used with two other anthelmintic herbs — wormwood and cloves. This combination is considered especially effective against a wide range of human parasites and intestinal worms.

While there are many positive reports of using this combination for parasites, there is some question as to the potency of a lot of the products out there.

Despite having the Clark name on many of these preparations, as far as I can find, Dr. Clark herself didn’t personally supervise the formulation of any of them and the strengths can vary greatly.

Dr Clark was very clear though that predominantly green black walnut hulls were more effective than hulls that were darker in color. 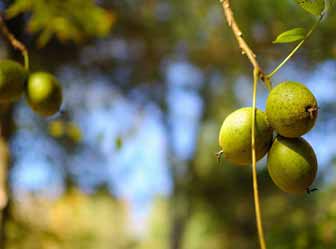 The best black walnut tincture I’ve found, that is guaranteed to be made from fresh green hulls, is this high strength one. It’s made in North Carolina and is particularly rich in juglone (5-hydroxynaphthoquinone) and iodine.

It’s inexpensive for the potency but two bottles of this and the wormwood extract below are recommended for a proper parasite cleanse.

Wormwood is a bitter herb with a long history of medicinal use. It contains many powerful active compounds, including sesquiterpene lactones, tannins and thujone and, as the name suggests, is particularly good for treating intestinal worms.

Herb Pharm make this certified organic extract with hand harvested wormwood from their own Oregon farm and customer reviews are overwhelmingly positive.

Cloves are tricky as they can’t be irradiated or they lose their potency. They should also be organic and ideally as fresh as possible.

One option is to get a bottle of these fresh, non-irradiated and organic ones and grind them up in a spice mill or pestle and mortar just before using them.

This would be best but if you know you’re unlikely to go to that much trouble each morning then this organic extract is non-irradiated and highly concentrated.

Potent wormwood, clove and black walnut capsules are difficult to find but this highly rated combination formula could replace tinctures if needed. It may take a bit longer to work though.

I’d recommend getting a good supply and taking the suggested dose 3 times a day before meals if you suspect a parasite problem.

These capsules also make for a good preventative supplement when traveling in less developed areas. Dosage and Treatment for Intestinal Worms

The suggested treatment method and dosage for using these three anti-parasitic herbs in listed ahead. For best results follow these instructions before each main meal of the day.

If you can only do the cleanse once a day, then in the morning, before breakfast, is the most effective timing.

1. Cloves First to Kill the Eggs

Start with the cloves first on an empty stomach. Compounds in them, like eugenol and caryophyllene, attack parasite eggs, making them more vulnerable to the black walnut hull and wormwood to come.

If you are using the fresh cloves then crush or grind up half a dozen, stir them into a small glass of water and then quickly drink them down. Mix 20 drops of clove tincture into water and drink in the same way.

Follow this with another glass of water. You want cloves out of the stomach and into the small intestine as soon as possible. Try half this amount for the first day if you have a sensitive stomach.

Ideally, black walnut and wormwood extracts would be taken at the recommended dosage around half an hour after the cloves, also with a large glass of water and before any food.

Many of us are rushed for time though, especially in the morning. Even 10 minutes afterwards would be beneficial. Most important though is before eating on an empty stomach.

30 drops of green black walnut hull extract and 20 drops of wormwood tincture is the suggested dosage for the recommended brands. Check the label when using alternatives.

You should be prepared for a temporary worsening of any symptoms, usually referred to as a healing crisis, when you first begin a parasite cleanse.

The signs of this can include feeling tired and rundown and even a little nauseous. Usually you’ll feel better after visiting the bathroom.

Stopping for that day and reducing the dosage by half the next day can lessen these issues. Slowly increase the dose each following day to tolerance.

Always trust what your body is telling you though and consult a doctor if these kind of symptoms are prolonged and worsening.

First thing in the morning is the best time for parasite killing treatments as there’s less digesting food to interrupt their passage through the gastrointestinal system.

Cloves taken on an empty stomach can then weaken the protective coating around the worm’s eggs. Follow these with black walnut hull and wormwood tincture to kill as many parasites and eggs as possible.

Ideally, this treatment would be repeated again before lunch and in the evening before dinner.

While a midday and evening treatment is recommended, if you are using black walnut, wormwood and cloves more as a preventative, or have a limited supply of the herbs, then the morning parasite cleanse is the most important one.

It’s also advisable to repeat this treatment for a week, at least every morning. You can then take two weeks off from the last day you used it and repeat it again for another week.

Intestinal worms and other human parasitic organisms are tenacious little critters and unfortunately one treatment is rarely enough.

It’s recommended to do a week long cleanse, followed by a two week break, and then another treatment, for a full two months to deal with the breeding cycles of different parasites.

Another anti-parasitic cleanse that I and many other people have had success with is this parasite killing papaya seed smoothie.

If I ever suspected parasites again (I travel regularly and it does happen), I’d use both the green black walnut hull, wormwood and cloves treatment above, alternated weekly with the papaya seed smoothie.

There are many positive comments about the effectiveness of this recipe and I’d recommend reading the link above and people’s (sometimes graphic but ultimately relieving) results with using it in the comments.

I hope this page has provided useful instructions for using black walnut hulls for parasites and intestinal worms. As well as the benefits of combining them with wormwood and cloves to increase their effectiveness.

Please share this information with friends. It’s likely some of them are affected by parasites, whether they know it or not.